It Will Come Easier 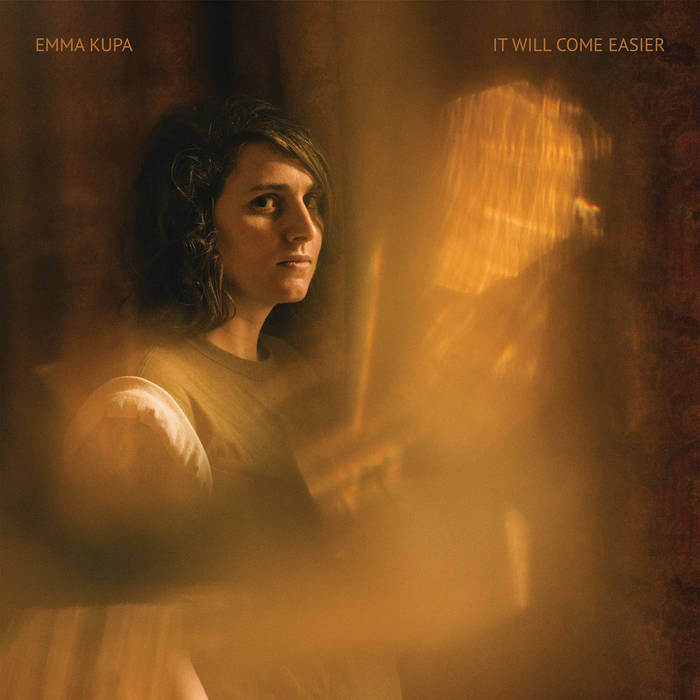 steveinsocal "…observational, introspective and confessional pop coloured with a desceptively seductive indie-folk hue and sharpened with a compelling frankness and honestly to the bitter-sweet and dark lyrics… chronicling a thirty-something's problems, big and small… an album which wears its heart on its sleeve and which everyone owes it to themselves to at least listen too…"

reclaimingthecolonies-onestateatatime.blogspot.com
Favorite track: Nothing At All.

Following successes fronting Mammoth Penguins and the sorely missed Standard Fare, Emma Kupa releases her first full length solo album It Will Come Easier on 18 September:
“The hope in the title is important to me – it is something I try to hold onto when things feel difficult”.

It Will Come Easier delves through the trials and tribulations of attempting to navigate the crossroads of your early thirties. Head on and raw, Kupa leads us through her tender reflections on relationship regrets, the torment and pressure to succeed, and the dichotomy of now finding herself inclined to choose logic over impulse - “does her smile light up your heart, or do you just want to get under her shirt?” she asks on Does It Feel New.

Her most personal collection of songs to date, they pick up from the intimate family portraits of Kupa’s debut solo EP, Home Cinema:

“The album explores aspects of love, escapism and fidelity, but there’s also a thread about accepting feelings of hopelessness when you don’t quite meet the many pressures of life’s expectations”.

In spite of the harsh directness of its subject matter, It Will Come Easier has an audible freshness and a spring in its step. The optimistic jaunt of Nothing At All defies the futility in being unable to influence a particularly toxic situation. I Keep An Eye out is a follow up to Home Cinema's Half Sister, written for the eponymous sibling that doesn’t know of Kupa.

Written and recorded over a period of time, Kupa felt she needed to give these 10 tracks some emotional space before making them public. Joined by bandmates from both Mammoth Penguins and Suggested Friends (Mark Boxall and Faith Taylor, respectively), alongside Laura Ankles, Joe Bear, Rory McVicar and Carmela Pietrangelo, the instrumentation is more diverse than in previous Kupa bands. From the sparse, evocative strings of Hey Love and the simple piano backing of unexpected wedding drama in Crying Behind The Marquee, through to the grinding synths of CP Reprise, textural flourishes abound, belying Kupa’s background fronting noisy three-piece indie-pop outfits.

With nods to Dusty Springfield, The Unthanks and The Postal Service, It Will Come Easier is a mesmerising journey through early adulthood, poignant and expertly detailed.

Emma Kupa currently fronts Mammoth Penguins, and The Hayman Kupa Band alongside Darren Hayman. She initially made her name with Standard Fare, who called it a day at the peak of their success in 2013. Kupa’s insightful warmth, eye for lyrical detail and powerful, idiosyncratic voice has made her a firm favourite amongst fans and critics alike.

It Will Come Easier is released on 18th September on Fika Recordings (UK/Europe) and Palo Santo (USA).
The album is preceded by a trio of digital singles: Nothing At All (June 5th), Hey Love (July 10th) and Nawlins (August 14th).