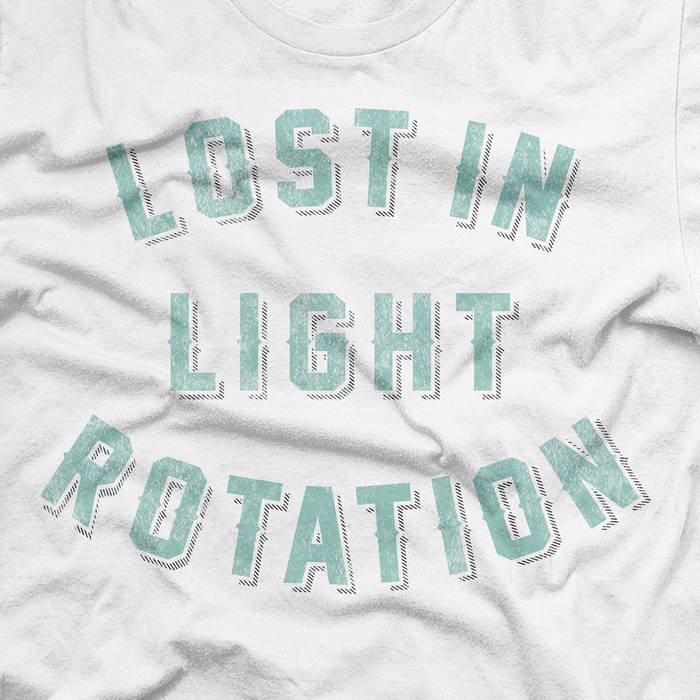 timmy gogo Well I don't even know what to say about Tullycraft, but just imagine the best music you can't even think about. This is this band. THEY DO NOT fuck around. Every time they release a new record I don't think it will be as amazing as the last. But I'm always wrong. This is their best record and I will fight/strenuously argue with anyone who feels otherwise. They truly are the best band of all time. Favorite track: Anacortes.

Tullycraft, formed in Seattle, Washington in 1995, releasing in the same year their signature hit, “Pop Songs Your New Boyfriend’s Too Stupid To Know About", which managed to encapsulate an entire scene in just one song. Their full-length debut Old Traditions, New Standards was released in 1996 and their incessant US touring paid dividends with a devoted following and fanzines and new bands springing up in their wake.

Having changed line-up several times over the years, the band released five albums before embarking on a brief hiatus in 2009. In 2012 all five current members of Tullycraft (Sean Tollefson, Jeff Fell, Chris Munford, Jenny Mears and Cori Hale) reunited to record a new album "Lost In Light Rotation".

Revelling in a DIY punk aesthetic and a clever brand of self-referential indiepop, Tullycraft pioneered the Twee scene in America and do not shy away from the term. Their delightfully upbeat, smart, indiepop anthems sparkle with brainy fairy dust and glitter with proper pop hooks, with Sean Tollefson’s nasal vocal delivery counterbalanced by the sweetness of Jenny Mears’ responses. If you need a template for what the best indiepop sounds like, look no further.

A Seattle band who sing about buying records "in the charity shop" and embrace the DIY sounds of mid-'80s Britain with gusto. Fans of the Shop Assistants and all post-punk indie-pop charm shuffle this way


Who knew “nasal delivery” could be a compliment for a singer? Turns out that for Tullycraft lead singer Sean Tollefson even his PR company refers to his singing style with that phrase.

However, there’s a reason these nose based vocals have been flagged up as on this album, their first since 2007’s Every Scene Needs A Centre, they’ve drafted in Phil Ek, a master of bringing out the best in an artist’s voice.

For a band that were at the forefront of the mid 90s American twee scene the vocals are still geeky and the songs are still cheery indie pop as you’d expect, but under Ek’s direction there’s a renewed sense of confidence. Ek, who has produced the Fleet Foxes, has also brought a sense of intimacy in Tollefson and other vocalist Jenny Mears’s singing, as if they are telling their tales right up to the listener.

Does it sound out of place, old fashioned even? No, it sounds like a welcome fillip and good to know that there’s still some cheery people out there, especially from a band that formed 18 years ago.
While many of their peers are still drinking weak lemon drink from a flask and grumbling about this and that, Tullycraft have added a good splash of gin to this poor metaphor of a flask and are belting out optimistic happy pop, as if the recession and all the other ills since 2007 had never existed.

Across each of the 11, two to three minute, tracks there’s a strong sense of consistency. The pace and nods to pop culture throughout the decades never let up and Lost in Light Rotation is all the better for it.

Musically each track seems perfectly weighted as well with the opening, choppy guitar chords of tracks such as Agincourt and Westchester Turnabouts offering a superb introduction to the confident vocals of Tollefson and Mears. They even carry off pop culture references to Hanson’s MMMbop, on Westchester Turnabouts, and Bobby Freeman’s hit Do You Wanna Dance, on Wichita With Love, with aplomb. The rousing singalong of the title track is another of many highpoints.

Tullycraft are back, happier than ever and showing indie pop bands just how it should be done.


Back in the mid Nineties, Tullycraft helped inaugurate a small revolution in American indie. Hailed as one of the progenitors of twee – a peculiar brand of guitar music defining itself against the machismo of rock’n’roll, with fey vocals, jangly guitars and lo-fi recording – they were lauded almost as much for their DIY, anti-corporate approach as their sparkly, cutesy songcraft.

In their wake came a deluge of ethically and stylistically similar bands, as well as fanzines, clubnights, popfests, websites – in short, a whole subculture. But while many of the twee bands that have existed since have justified the genre’s existence with memorable, cult-classic records, too often they have also earned accusations that theirs is an inward-looking world, indulgently self-referential, even snobbishly self-contained. In some ways indie music has decisively moved on, while twee/indiepop bands, self-appointed keepers of the flame, remain unwilling or unable to move beyond the boundaries of their genre.

Against this backdrop, Tullycraft return with their sixth album – their first since 2007’s Every Scene Needs A Center. The comeback of the Seattle quintet is a delightful surprise after the considerable hiatus, but there is a risk, almost a decade since their formation, that by now their brand of do-it-yourself guitar pop has become entirely irrelevant, perhaps even confirming twee and indiepop as tired anachronisms.

You wouldn’t expect – or even want – Tullycraft to step outside the boundaries of a sound they partly own – why should they? – and inevitably Lost In Light Rotation is a collection of lively, bouncy indiepop tunes, and not at all adventurous. Somehow, though, they don’t sound irrelevant, despite the ways in which indie has moved on and evolved away from indiepop. The fact is that, with their trademark hints of girl-group, punk and Sixties guitar bands like The Kinks, Tullycraft manage to sound timeless.

While Tullycraft did prod the boundaries a little with Disenchanted Hearts Unite, which administered light doses of synth-pop and electro, Lost In Light Rotation finds the band instead attempting to hone their craft to perfection. That they do. These are very well-made pop songs from an assiduous songwriter, and some of them, like the rushing title track, or the closer, 'Anacorters', are practically flawless. There’re impeccable lead riffs, rousing climaxes, and then the vocals: the harmonies between Sean Tollefson and Jenny Mears are wonderfully balanced, deployed generously and with confidence. Their interplay is crucial to the album’s success. For example, when Mears takes the lead vocal for the second verse of highlight ‘Elks Lodge Riot’, it’s just lovely, and when she and Tollefson are reunited for the chorus, it makes the song.

Some of the ‘seen-it-all’ scenester themes are nagging, like the mention of "fake DIY traps", references to homemade t-shirts, and the plot of ‘No Tic All Tac’ (it’s about some forgotten band who "never played a single show outside of Glasgow Green"). But in general, the reflections are quietly affecting. "A polished slogan reads that punk love is finally lost," Tollefson sings on ‘Westchester Turnabouts’, while his being "stuck on the day you left – t-t-too much to say" is first-world tragic. ‘Dig Up The Graves’ faces the fact of not being trouble-free kids anymore: ’A dozen things that you never told me…the days, the weeks, the months, they follow you home’. Despite the bright shiny pop-sheen, much of Lost In Light Rotation is sad and regretful, made all the more poignant by the idea that indiepop’s glory days are past.

While wars, economic crashes, and the Decline of Everything have eaten away at the chirpy optimism that prevailed when they began in the Nineties, Tullycraft remain stubbornly, happily oblivious. Their latest record is a time capsule, a tiny fragment of utopia to be treasured in these ghastly End Times, and when homo sapiens’ automated, inorganic descendants dig through the debris of our era in 10,000 years, maybe they’ll stumble upon Lost In Light Rotation and see that there was one last bastion of hope and sweetness in this, the foul year of our Lord, 2013.


‘Lost In Light Rotation’ is Tullycraft’s first album since the release of ‘Every Scene Needs A Center’ six years ago. 2007 was a more innocent time; you had Limewire to download all the indiepop you wanted at a sensible speed (not to alert the CIA as to your whereabouts), and all the time in the world to write amateur reviews on your Livejournal. A lot has changed between then and now, namely an explosion of choice and availability when it comes to music, and the lightning speed at which it flies from blog to blog.

But Tullycraft, with their DIY mixtape aesthetic and lo-fi production, hark back to that golden age. With ‘Lost In Light Rotation’, they’ve emerged once more completely unchanged, devoid of irony and stuffed to the brim with sincerity. In fact, the secret to enjoying Tullycraft is in surrendering your music snobbery and preconceptions all together, because this album will destroy them. The 12 breezy tracks are like dancing to your older brother’s garage band at the high school disco. There’s something in the raw, jangling guitars and Sean Tollefson and Jenny Mears’ call-and-response vocals which sounds distinctly nostalgic, adolescent, and unashamedly fun.

Lyrically, the songs talk about teenage dejection, the past and growing up. It’s music for the kids at school who find it difficult to relate, as Mears sings on ‘Queenie Co.’: “I love my music and I’m tired of my fake friends”, and again in the Belle & Sebastian sounding ‘No Tic All Tac’s aloof female characters who dye their hair black and are “tired of boys”. Other tracks like ‘Dig Up The Graves’ and opener ‘Agincourt’ wouldn’t be out of place on a 90s teen movie soundtrack with their raucous choruses and catchy backing vocals. A highlight is ‘We Knew Your Name Until Your Heart Stopped’, a sweet song which initially risks falling face first into the pool of whimsy with its ukulele-driven verses, but is saved by a powerful chorus coated with distorted guitars.

Tullycraft seem to cement themselves as the archetypes of lo-fi indiepop with each release, and this latest sees them return a little tighter on production yet retaining their DIY roots. ‘Lost In Light Rotation’ is a declaration of solidarity in support of weirdos, made by weirdos.


Lost in Light Rotation comes bouncing through your speakers like a rubber ball dropped from a third floor window. Yet behind these sub-three minute guitar pop songs, full of upbeat hooks and sing-a-long choruses, there lies some surprisingly mature themes and arch observations.

These are not simple tales of love as you might expect, but complicated adult relationships, like that detailed on Westchester Turnabouts. But then Tullycraft have been around since 1995 and been releasing records on-and-off ever since. They are no longer love-struck 20-somethings.

Highlights include Sean Tollefson’s well-timed conversational vocals, which are sweetened by some tremendous call-and-response backing from Jenny Mears. It's impossible to listen to Tullycraft and not be reminded of the great DIY pop bands that went before them, such as The June Brides or The Shop Assistants. But what they might lack in originality, they make up for in their self-awareness and good humour.