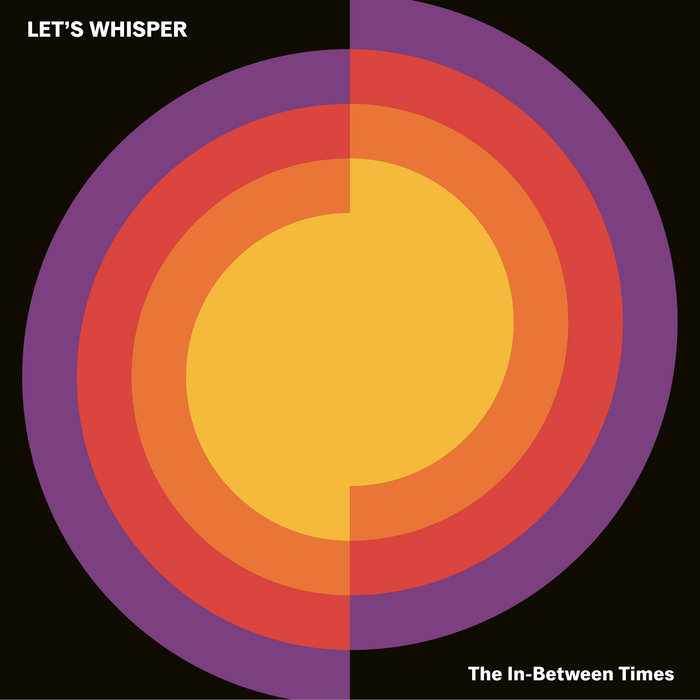 The name “Let’s Whisper” implies secrets—the sorts of things you’d tell friends in a night’s waning hours, as the sun is about to peek over the horizon. Colin Clary and Dana Kaplan have been friends and musical collaborators for years, and the openhearted, detail-rich indiepop they craft together reflects their rich creative relationship and trust in each other. On The In-Between Times, the second Let’s Whisper full-length—the band’s first release in eight years, and first as a five-piece—the Burlington-based band digs deeper into their day-to-day worlds while confronting their individual and collective futures.

“This is a record about love and loss and change and possibilities,” Colin and Dana say about The In-Between Times, which comes out on Fika Recordings in August 2022. Indeed, the prevailing mood of this album is a sense of grounding, of not letting the big questions of life—“what gets you through the night?”, “will I see you around the town?”, “have you done the thing that defines you yet?”—completely obfuscate the minutiae that makes it beautiful.
Musically and lyrically detailed, The In-Between Times is the work of a band that uses the catchy melodies and jangling guitars of indiepop to peel off into exciting, and at times unexpected, musical and lyrical directions. “The Thing That Defines You” is crisp and questioning, with squiggles of guitar at its melody’s fringes implying the strands of identity that a friend is trying to see in order to get a full, unencumbered-by-narrative picture of someone they love. “Sing!” swells from a gentle jangle into a triumphant trans anthem that charmingly flips the bird to societal norms. “40 Ways To Love You” pairs its pointillistic detailing of a loved one’s best qualities with a weepy guitar countermelody that makes the romance all the more poignant.

Let’s Whisper started as a home-recording project between Colin and Dana, also in the beloved “open-hearted indiepop revolutionaries” The Smittens, in the mid-2000s. Writing and recording music at home resulted in more tightly knit songwriting process, which the pair referred to as “Whispering.” After releasing a pair of EPs, 2008’s Make Me Smile and 2010’s Keep a Secret, Let’s Whisper brought on drummer Brad Searles (Eef, The Also-Rans), expanding and adding a fulcrum to their sound. Since Brad joined, Let’s Whisper has released one album, 2011’s The Shortest Days, and a 10-inch, 2014’s As Close As We Are. The latter was called “short and sweet, by turns deadpan in its delivery and sentimental in its subject matter” by the Vermont weekly Seven Days, and it was Let’s Whisper’s last release until now.

But Let’s Whisper has kept creatively busy in those ensuing years. In addition to the three members pursuing their own projects individually and together, Let’s Whisper toured the US and the UK, rounding out its lineup with bassist-guitarist Jeff Baron (Essex Green, Ladybug Transistor) in the States and bassist-vocalist Emma Kupa (Standard Fare, Mammoth Penguins) in Great Britain. For the recording of The In-Between Times, both Jeff and Emma joined Colin, Dana, and Brad during sessions at Marlborough Farms in Brooklyn—although they did so a year apart, with Emma recording her parts (including banjo on the chiming “Simple Times” and vocals and banjo on the plainspoken “Long Run”) with the core three in 2017 and Jeff adding guitar and keyboards in 2018, when the finishing touches were put on the album by studio owner and engineer Gary Olson.

With The In-Between Times, Let’s Whisper have created an album that, even in its more pensive and mournful moments, celebrates the array of what life has to offer—the elation of watching hot-air balloons lift off at sunset, the triumph that comes with living honestly, the joy that comes when an open heart is mirrored by a friend, or a fan, or a loved one. Lean in and listen closely.

Recorded and mixed by Gary Olson at Marlborough Farms

All songs by Let's Whisper