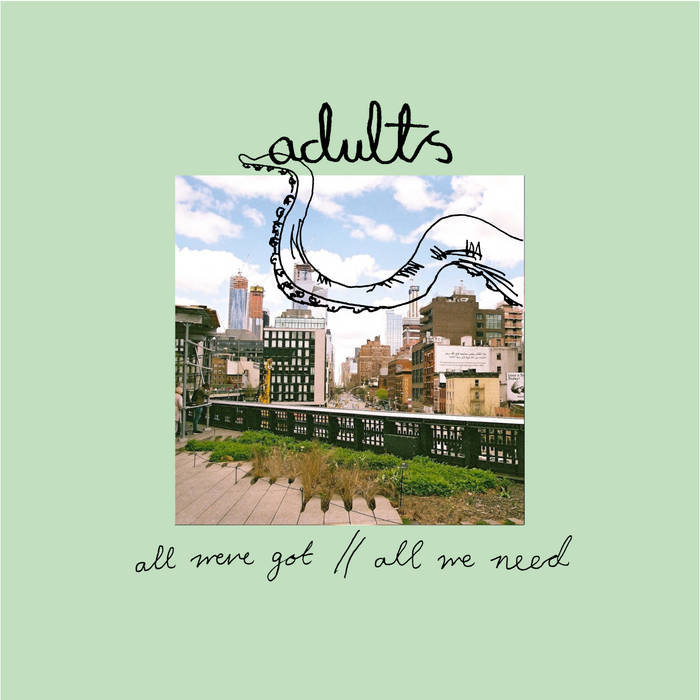 “all we’ve got // all we need” is the first single from adults for Fika Recordings, taken from their soon to be announced debut album, due out in the autumn. Scrappy, catchy DIY pop that’s sure to appeal to fans of Los Campesinos, Martha and Johnny Foreigner.

“It’s a song about having a breakdown on the megabus to bristol. About mutual aid, building strong networks of community resistance to the hostile environment, to food insecurity, to the homophobia and transphobia by the state and about trying to look after one another.”

adults are a noisy pop band desperately clinging on to the ghosts of 2009.

Their songs are a silly, joyful, and occasionally sad, look back at the tail end of their 20s, a way to grapple with breakups, parties, alcohol and loneliness, and looking hopefully into the future.

They’ve released singles with Art Is Hard and For The Sakes Of Tapes, and self released an EP (The Weekend Was Always Almost Over), which was subsequently released on vinyl by Caballito records. They’re based in south London.