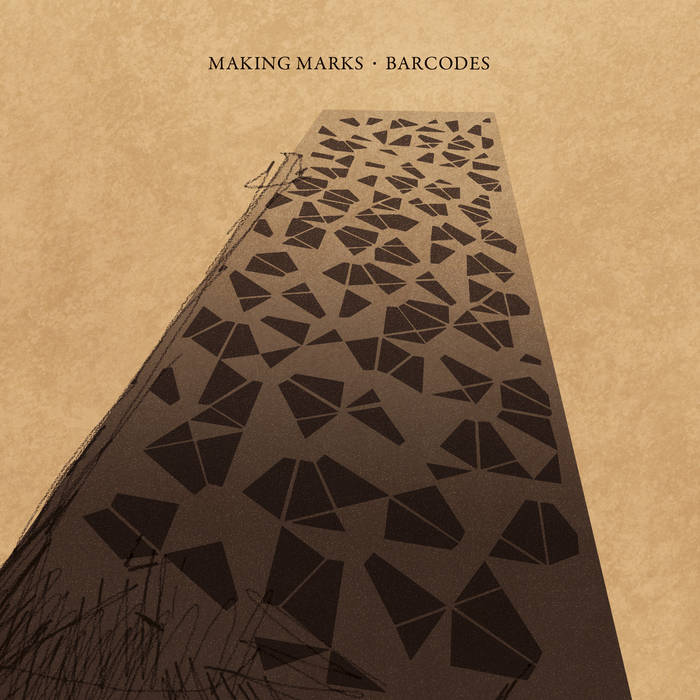 Making Marks release the second single from their forthcoming album In A Desert Of Consultancy ahead of a busy summer festival and touring circuit.

After the well-received debut single Ticket Machine, the hard working Norwegian quartet from Oslo return with Barcodes. A guaranteed summer pop hit, Barcodes combines the warmth and nearness of an indiepop dance floor classic, with all the coolness and distance you’d expect from upcoming stars of the Scandinavian music scene. Making Marks have toured heavily over the past year, playing across Europe with the likes of Allo Darlin and North America with Tigercats, culminating in a show stealing performance at New York Popfest.
This summer sees them return to the UK for appearances at Secret Garden Party and Indietracks festivals before a short tour with NYC based The Ballet.

The Barcodes 7” features an exclusive non-album mix of Barcodes, featuring Allo Darlin’s Paul Rains on lapsteel guitar, who also leant his hand to the Barcodes artwork illustrations. The flip side is a near-acoustic version of A Thousand Half-Truths, allowing Ola and Nina’s delicate vocal interchanges to flourish.
Versions of both tracks appear on their upcoming debut album, where in particular A Thousand Half-Truths showcases Making Marks’ diversity - from the bare heartbreaking tenderness of this single version to the euphoric and reverb drenched guitar solos that comprise the dynamic album version of the song.
Norwegian disco producer Skantze lends his hands to a remix bonus track for the single too, for an extra fix of uber-cool Scando-disco....

“it is so damn good, you should open the window and turn it up…. You can usually tell which bands are purposely derivative and which make music with wide eyes and wider smiles. You should be able to tell which are worth your time. Your time and your money. We don’t have anything else to give. Buying a record in the age of penniless streams is to take an investment in that band. It is to say I want this band to have a future. I value the the things they create highly enough to want them to keep creating things.” The 405
thefourohfive.com/news/article/singles-of-the-week-justifiable-homicide

“Making Marks have caught my attention in a gentle and fascinating way: “Barcodes” sounds like falling in love.” Aurally Yours
aurallyyours.blogspot.co.uk/2013/08/marking-marks-barcodes.html