Wanna Go Dancin (So Far Away) 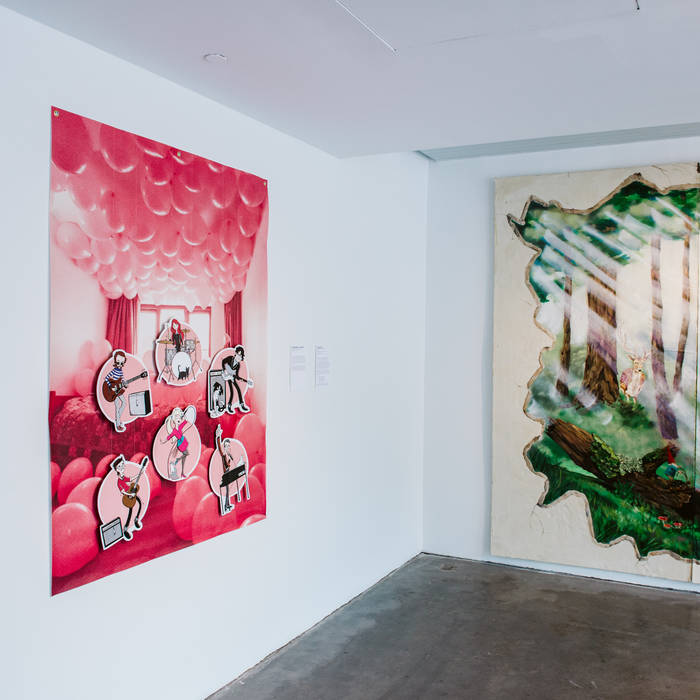 Vermont’s The Smittens return to bubblegum pop with a 5 track EP, front by Wanna Go Dancin (So Far Away), recently commissioned by Burlington City Arts for their Bubblegum Pop exposition.

“We wanted to sound like The Archies meet Beat Happening (a band from Olympia Washington from the late 80s). The song is called "Wanna Go Dancin (So Far Away). It is about longing and having that thing you want just out of reach. It is wrapped in the bubble confection of a pop song.”

Formed in 2002 The Smittens identify themselves as an indie-twee-pop musical group known for their strong harmonies and powerful lyricism. Written and composed for Bubblegum Pop, The Smittens’ single ‘Wanna Go Dancin (So Far Away)’ embodies both the exhibition’s theme and the ‘bubblegum pop’ era of music of the late ‘60s and early ‘70s, with its catchy, upbeat, and novel melodic forms. A hallmark of this distinctive pop sub-genre is it’s mass-marketing toward children and young adults (originally named for the jingles often heard in candy commercials or cartoons on the radio or TV).

On Wanna Go Dancing (So Far Away), the predominant theme centres on yearning and unrequited love, made more problematic during the social isolation caused by the pandemic:
Never gonna see that boy go by again
Never gonna see that boy go by again
Do you remember or was it a dream?
Am I pretending the way that it seemed?
Or am I only, only wishing that you feel the same way?
If I can only, only, only get the guts to say…
So far away – la la - six feet away.

The Smittens produced ‘Wanna Go Dancin (So Far Away) over the course of several months in 2021. The band worked with Eric Masunaga, a well-known composer, sound recordist and sound mixer, to mix and master the song.
A gallery edit of the single begins with a series of channel switches – complete with the recognisable static of a radio – that feature brief samples of past Smittens’ songs from the past 19 years that lightheartedly gesture to youth, and to the exhibit’s bubblegum pop theme.

The EP features a further two new songs. Year of Happiness was recorded during sessions for the band’s 2014 EP Love Record Breaker, and Saratoga was recorded live in 2002 during the band's fifth performance and Dana’s outing with the band. American laptop-folk musician Greg Davis provides a remix of The Garden, a track originally appearing on 2010’s Dancing Shoes - The Smittens Remixed.