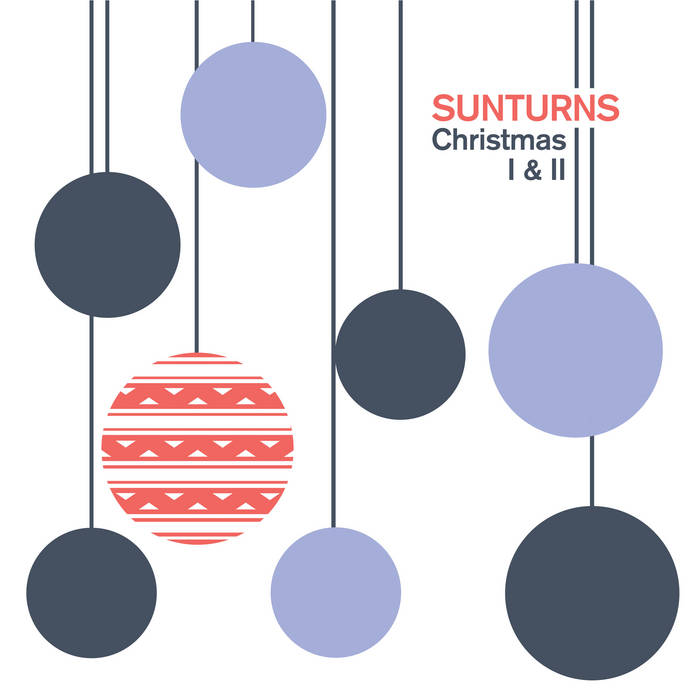 The new Sunturns album Christmas II is not a normal Christmas album. Consisting of 10 original Christmas songs and one Ramones cover, five of Oslo’s finest singers, musicians and songwriters join forces once again to portray their take on Christmas. The songs, inspired by everything from My Bloody Valentine to A-ha, sung both English and Norwegian, delves in to Christmas, combined with family fights, death, emptiness, an amateur tennis champion, expensive beer, the axial tilt, shopping malls, nostalgia and forgiveness. Shimmering guitars, snow filled piano lines, gentle strings, springy vocals and dynamic drums - all steady conducted by Sunturns’ very own Sjur Lyseid in the producer’s seat.

While 2011’s debut was full of humorous, festive charm Christmas, Christmas II is a much darker and more adult affair. The bands’ all along gravitas is clear throughout: the sound is more mature, more electric and tighter. Having written none of the songs on the first album, youngest band member Einar Stray can claim credit for half the Christmas II songs, while Ola Innset has successfully written his first Christmas songs in Norwegian.

The album was recorded in the summer of 2015 deep in the woods of Sweden in the legendary Silence Studio, with guest appearances from Ofelia and Hanna of the Einar Stray Orchestra providing string accompaniment.

The band christened themselves Sunturns, harking back to the pre-Christian celebrations marking the winter solstice; the point the dark Norwegian days start to fall back and give way to the light.
The seasonal band formed back in 2011, under the direction of Oslo based label Spoon Train. They immediately recorded and released their debut album Christmas to rave critics among Norwegian press, and went on tour in Norway and England to spread their somewhat different Christmas gospel. With both serious and humorous songs about many of the holiday’s backsides, the album became a hit record amongst indie fans both in Norway and abroad. The single The Sun Turns was listed on Norwegian radio station NRK P3’s official Christmas list and has been played heavily every December since. Sunturns’ come together once a year for an annual Christmas show in Oslo, and is for many a dear festive tradition.