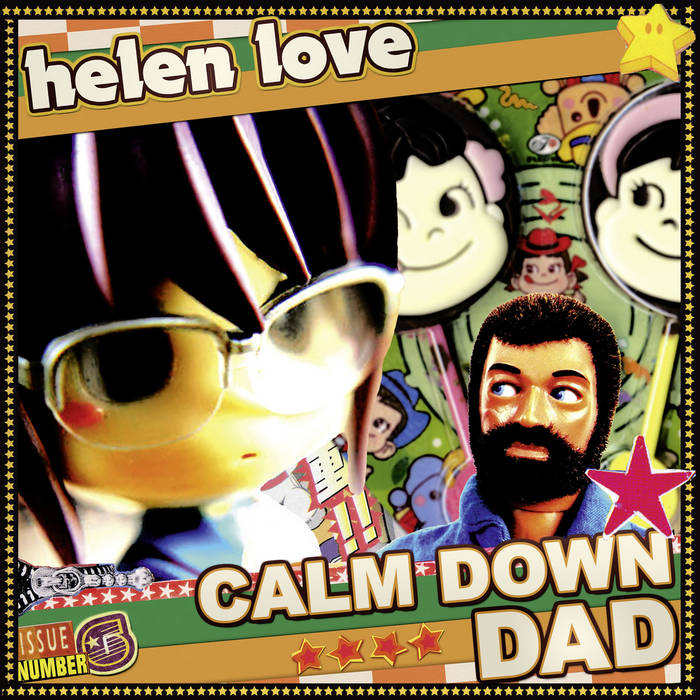 We’re in luck - HELEN LOVE are back! Our favorite Bubblegum-disco-punk group is better than ever and they have a splendid collection of new songs that half the planet is going to go crazy over. “Calm Down Dad” is pure energy, catchy indie-punk-pop that talks about the differences between a father and his daughter. She wants to have fun, go out at night, sleep with a boy, dress up like a vampire without being looked at strangely at home, travel the world, try new things and even sing like Kate Nash, but with a more working class accent. Like a mix between Jilted John and THE WAITRESSES, on this limited edition, orange colored vinyl single HELEN LOVE jump from punk to pop to indie, with realist, sarcastic and fun lyrics. The melodies are as sweet as candy, but an orange flavored candy that’s as bittersweet as real life.

The single is finished off with two fast-beat, punk-pop songs. “John Peel Roadshow” talks about how to work up enough courage to give your demo to a radio show host. HELEN LOVE, loved and supported throughout the years by John Peel, recorded a “Peel session” in 1997, which was, for them, one of the high points of the group’s history, as was the summer afternoon on which John Peel, after playing “Does Your Heart Go Boom”, said with a sardonic laugh, "That's HELEN LOVE... the sarcastic bastards"'. “Candeelips” closes the single with a sweet story about a boy with the sweetest and most desired lips in the neighborhood!!!.