Beyond The Dreams There's Infinite Doubt 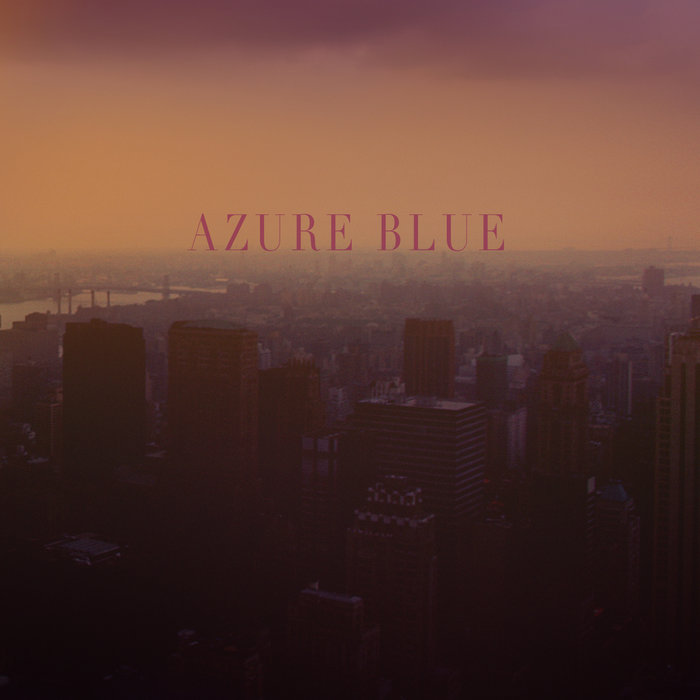 Azure Blue, solo project of Tobias Isaksson, has grown into the hearts of music lovers around the world with his debut album Rule Of Thirds and a promotional tour of 10 countries. His debut received critical praise, winning a Swedish independent grammy award, Manifest, (previous winners include The Knife, Jens Lekman and El Perro Del Mar) for the best pop album in 2012.

Azure Blue’s sophomore album, Beyond The Dreams There's Infinite Doubt, follows acclaim for the singles “The Road I Know”, “Willows And Pines” and “Sunset”. Azure Blue has toured extensively on the back of the success of his debut LP, across Europe in 2012 and taking in a live North America debut at NYC Popfest in June 2013.

Tobias has been called "a Swedish Alan McGee” in Sweden's biggest music mag Sonic, "Sweden's gentle new wave king" in The Fader and "the Cicero of Swedish independent pop" by Swedish trendy bloggers.

Endorsements from other artists include Erlend Øye (Kings Of Convenience), The Pains Of Being Pure At Heart (who invited Azure Blue on tour across Europe late 2012), The Sound Of Arrows (who had Azure Blue as special guest live), The Drums, Simian Ghost, Postiljonen and Faye amongst others.

Tobias Isaksson is a well known pop figure, having taken his initial success in Scandinavia with Irene and Laurel Music (both Labrador Records) worldwide. He is also a renowned DJ in Sweden with merits abroad such as David Lynch's Silencio in Paris and Bi Nuu during Berlin Music Week.

Most of all, Azure Blue is the music of a romantic searcher, struggling to remain a modern gentleman in the ever changing world of culture. Like a contemporary Jerry Lee Lewis, you will find traces of Tobias's blood, sweat and tears on almost every stage and DJ deck in Sweden, Europe and beyond - always with a joke and a contagious laughter at hand.

"Nostalgia fuelled pop harking back to the heyday of Factory Records, Isaksson's material is deeply romantic with a deft production slight of hand that can single-handedly break your heart and indeed heal it in one fell swoop." The Line Of Best Fit (UK)
"The best electro-pop record in recent memory." Blurt Magazine (USA)
“His touch is tender and light, and the album’s best songs always swing to the sky, riding up on decades of learning from drum machines and tangled relationships” The Fader (USA)

All songs written by Tobias Isaksson except By Your Side by Andrew Hale, Paul S. Denman, Sade Adu and Stuart Matthewman.

Produced, recorded and mixed at Mystique Studio by Tobias Isaksson and Claes Björklund.

Special guests: Julia Vero (vocals on A2), Erik Lindestad (vocals on A1, A4 and B1) and Tommy Lindström (percussion on A2).

Under licence to Fika Recordings from Hybris/Warner Chappell Scandinavia.
(P) and (C) Azure Blue and Hybris 2013.