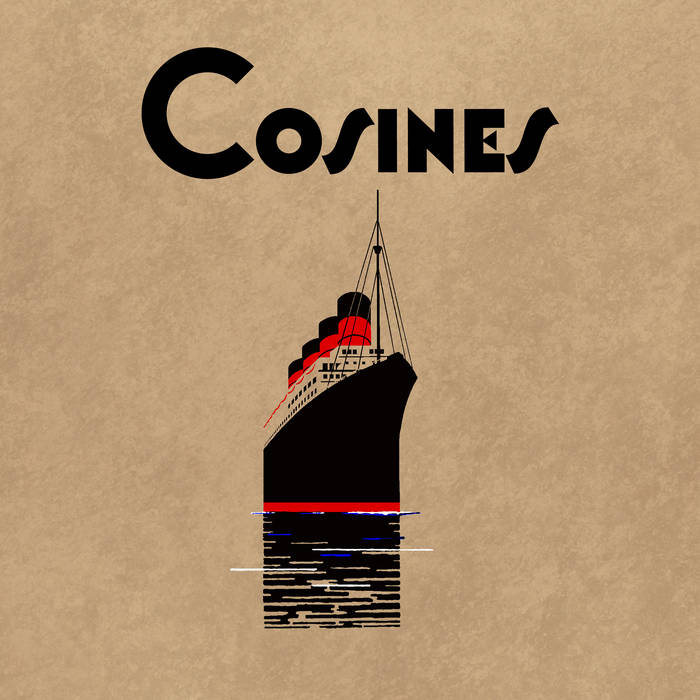 Cosines are a mathematical pop band from north London. Simon Nelson and Alice Hubley met on the London Underground after a Stereo Totale gig in 2009. Two days later Simon was round Alice's house unblocking her kitchen drain. Since then Simon has been round and put up two curtain rails, a blind and a shelf.

This unlikely meeting, got them talking and once the DIY was done they started making music together, fusing metronomic pop sensibilities, 60's grooves and krautrock noise. What you maybe would get if you mix Love, United States of America and Stereolab. As a band they are constantly trying to find the perfect meeting point between clean synths and fuzz guitars.

The band's line up was completed by Alice's old Loves bandmates Daniel Chapman and Jonny Drums and A Smile and A Ribbon's Kajsa Tretow.

The band played their first show in April 2012, and since then have played shows with Comet Gain, Shrag and Still Flyin' as well the Indietracks Festival. The band are currently working on a debut album and consequently doing less DIY.

You may recognise Cosines from such other bands as Arthur and Martha, Vermont, The Loves, Brother Francisco, Pocketbooks, The Duloks and One Fathom Down.

“[Hey Sailor Boy!] sets off as a northern soul stomper before adding lovely strings and flirty lyrics. And they have produced not one, but two, catchy efforts, as b-side The Answer is also pretty darn good, albeit more in a Stereolab synth krautrock styleeeee” SoundsXP
soundsxp.com/artman2/publish/singles/Cosines_-_Hey_sailor_Boy_review.shtml