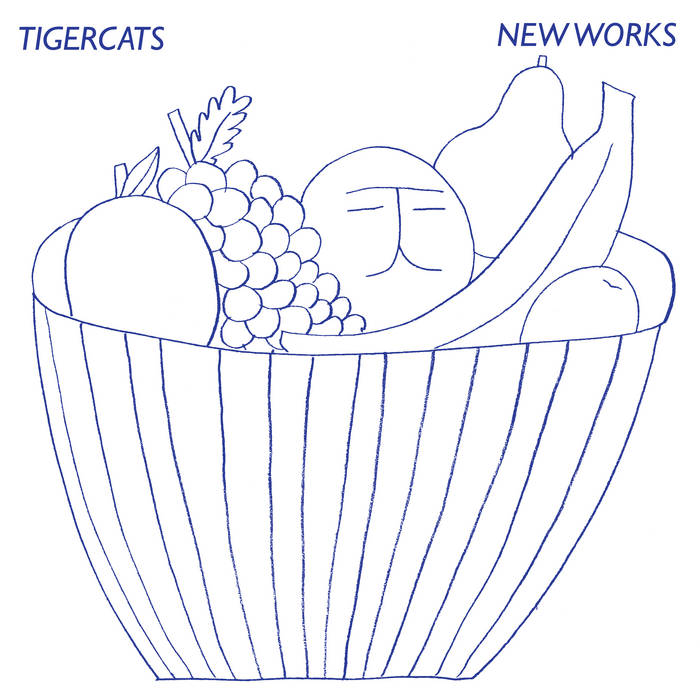 It’s been four years since we last heard from Tigercats, with the 2018 album Pig City marking the expansion of their sonic palette from indie-pop and alt-rock, to include highlife, afrobeat, and scuzzy West African psych.

The New Works EP is another step into the new for Tigercats, the sound of an increasingly political band, unbound by the records they’ve made previously, and enjoying the freedom of exploring and experimenting for these 5 new tracks.

“We’ve been a band over 10 years and it felt like all of our previous recordings have been leading up to this one. After Duncan switched from guitar to kalimba a few years back, and we welcomed a horn section into the line-up, the sound has been getting denser and grittier, particularly live. With this recording we’ve finally managed to capture some of that energy on record.”

The opening track New Work, a song about the relentless tyranny of labour in the 21st century, grows from the synth bass riffs and riotous brass lines with production inspired by industrial techno like JK Flesh, to display lyrical ferocity not often heard.
The Space came together completely improvised in the studio, and reflects on the fight for space to create art - in a world fighting for your attention 24-7, and the depletion of available arts spaces.
The intensity subsides for The Picture, a track whose origins date back to the writing of the band’s second record. More reminiscent of Tigercats’ indie credentials, drawing on the textures of Low or Yo La Tengo, it is developed here by a band confidently hitting their stride.

New Works was written in 2019 and recorded at Lightship 95 on the Thames, and at Big Jelly in Ramsgate. Originally scheduled for a spring 2020 release, we’re excited to finally bring you these 5 tracks and the promise of a return to blistering live shows from Tigercats.

Tigercats are a kalimba-led psychedelic pop band from East London.
Having honed his songwriting craft in the short-lived but much much-missed Esiotrot, in 2010, Duncan Barrett went about forming a new band and recruited sibling/long-time producer Giles Barrett (bass), talented songstress Laura Kovic (keys), as well as Paul Rains (guitar, of Allo Darlin’).

The band have performed throughout the UK and Europe and have supported The Wave Pictures, Allo Darlin and Darren Hayman among others. They have also performed at the End of the Road and Primavera Festivals and have appeared on Spanish TV (RTVE Radio3) and Indietracks. A tour of the USA and Canada included a headline appearance at NYC Popfest.