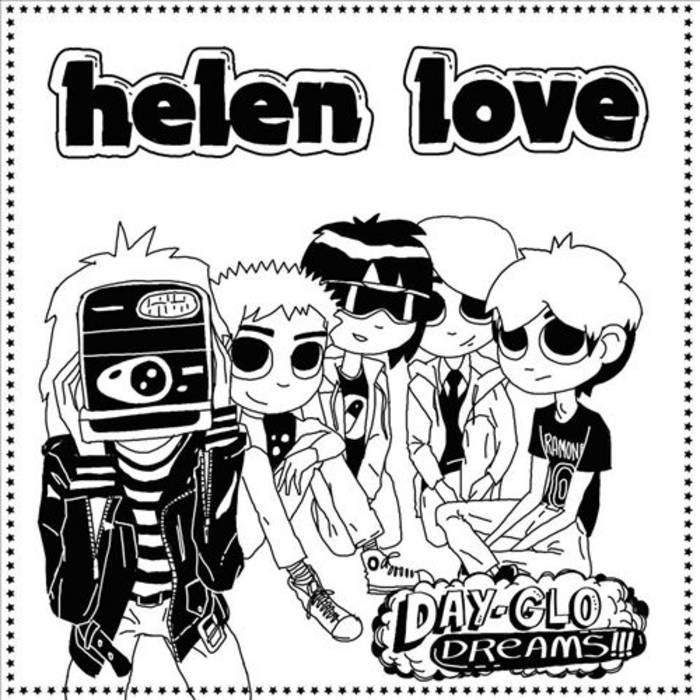 That advance single “Atomic” already let us in on the secret: HELEN LOVE’s new album, the sixth in their career and their second on Elefant Records, is new proof of their almost insultingly youthful energy, this time with a special focus on synth-pop. The almost six years we’ve had to wait to be able to enjoy a new full-length have been totally worth it to get to “Day-Glo Dreams”. The album makes their personal, unmistakable style more and more their own, mixing punk attitude (Joey Ramone will always be in their hearts), bubblegum melodies, and disco-dance rhythms.

And, actually, the album opens with clear intentions – that life philosophy that is reflected in the accelerated techno-pop of “We Are All The Lo-Fi Kids”. But soon the terrain of Philip Oakey and Giorgio Moroder comes into play: the girls themselves admit that “Together In Electric Dreams” was a huge influence for this album and they show it openly on the album’s title track. The super fun synthesizer lines layered over drum machines in and of themselves pay homage to the electronic-pop that came out of the eighties. “Shy Girl” could be a major hit from BANANARAMA’s repertoire, with that shy girl, looking for her match, getting over of her complexes and insecurities. “My Imagination”, in the spirit of THE BUGGLES, SILICON TEENS, and YAZOO, is a new song in the name of mental and physical freedom, of the need to feel alive at every moment, and let your desires and longings carry you. And, as if it could be anything else, the music is a means to reach that goal. “Spin Those Records” makes that perfectly clear as another pop spectacle arranged with those mid-eighties rhythms that are both broken and yet so danceable; the song is a sly wink toward Michael Jackson, but ultimately a clear ancestor of THE HUMAN LEAGUE.

DOLLY MIXTURE and THE GO-GO’s are two of the names that pop into our heads the most when we listen to “Our Mum And Dad”, an open declaration of admiration of their parents and the years of struggle. “Atomic” was the first sign we had of the album, and since then we haven’t been able to get that synthesizer line or that chorus out of our heads. “Don’t Forget About This Town” takes us back to BANANARAMA again. The song shows, just like “Our Mum And Dad”, HELEN LOVE’s fondness for their roots, in this case through their bitterness over seeing how time can be cruel to those roots. And no, we haven’t forgotten about that imperative ingredient in any reference to the Welsh band: “J.Pop” and its associated references to japanese techno-pop, neon lights, phosphorescent colors, and Tokyo’s nightlife. “You And Stacy” has us moving our hips and tapping our feet again, with its immediacy somewhere between THE B-52’s, THE REVILLOS, and Kim Wilde. “Teenage Soap Opera” is another tribute to the teenage life, with echoes of TRACEY ULLMAN, PET SHOP BOYS, and MEN WITHOUT HATS.

The album radiates excitement and a have-fun, feel-good mood. It’s impossible to resist its electricity, its marvelous melodies, its unbiased attitude, and its unforgettable choruses. We Love You!!!