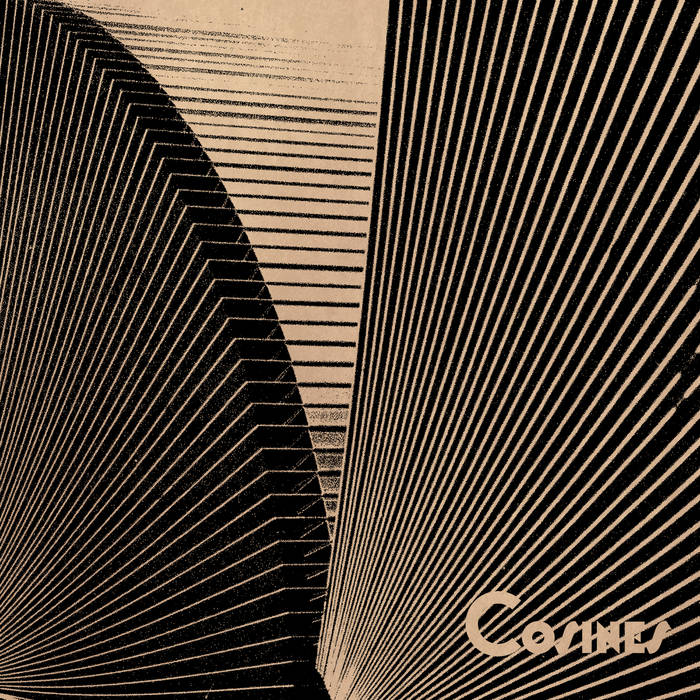 steveinsocal "...a quartet of quality indie-pop tunes that flirt with early-eighties indie, the psychedelic and avant-garde, 80's synth-pop and a dash of pomp... and in vocalist Alice Hubley, they possess a national treasure..."

Cosines return with their new EP, “Transitions”. As well as being the missing link between the band's debut LP and next year’s follow-up, the four tracks are all about change – with themes of starting over, moving on, making changes and reacting to unexpected events.

Opening track, Let's Start It Over, is the most personal, building over five minutes to a classic pop crescendo – coming soon to a dancefloor near you. Dunbar was written in angry response to the news that Cosines’ spiritual home, The Buffalo Bar, was to shut, and received its live debut at one of the final shows there. The song pays tribute to the latest of many vital small music venues forced to close due to property development, London's increasing gentrification and lack of arts support from government.

The EP also demonstrates a transition in the band's sound, introducing sonic explorations from the Krautrock grooves of Ra to the duelling saxophones of Chaos Theory and showcasing a more confident approach to songwriting from both singer/keyboard player Alice Hubley and multi-instrumentalist Simon Nelson.

Simon and Alice met on the London Underground after a Stereo Totale gig in 2009. Two days later Simon was round Alice's house unblocking her kitchen drain. Since then Simon has been round and put up two curtain rails, one blind and a shelf.

Once the DIY was done, they started making music. As a band, they are constantly trying to find the perfect meeting point between clean synths and fuzz guitars, asking: What do you get if you mix New Order, United States of America and Stereolab? The resulting songs fuse metronomic pop sensibilities, 60s grooves and Krautrock noise.

Cosines made their live debut in April 2012, and have since played with Laetitia Sadier, Comet Gain and Seapony, as well as performing at the Indietracks Festival in 2014. The band’s debut album, “Oscillations”, was released in 2014, receiving favourable reviews in The Quietus and The Sunday Times and airplay on 6 Music.

“A cool and mannered (but not overmannered) exploration of a musical world bordered by Stereolab, Blondie, Saint Etienne, Belle and Sebastian and a band your mates formed at school that you wish you were in…”
The Sunday Times

“Cosines have found the magic formula that indie pop has been dreaming of – a winning combination of Pulp and Belle & Sebastian, seasoned with swathes of Stereolab. Refreshingly offering none of the dreaded “twee” associated with that genre, Cosines have a big sense of melody they’re not afraid to both use and play with, the same going for their sonic palette of guitars and spacey synths.”
The Quietus