by Math and Physics Club 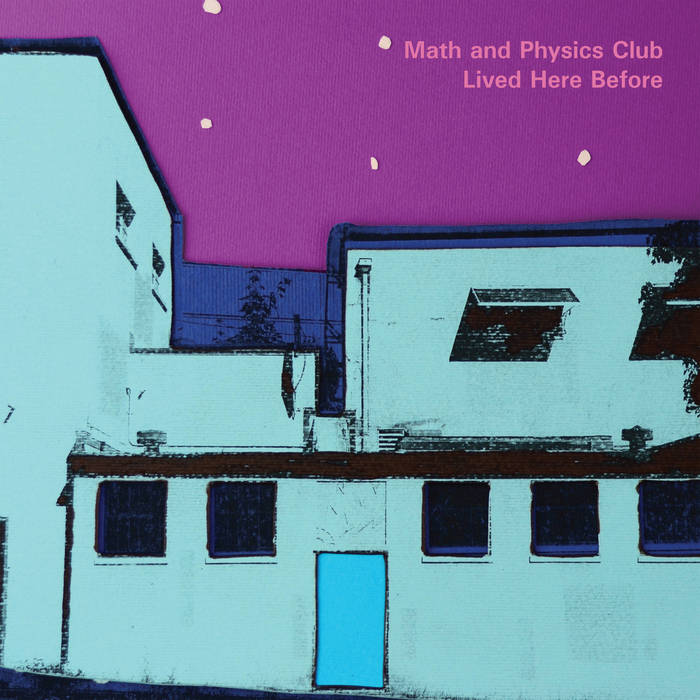 Matthew Nangle Math and Physics Club... I can't say enough about how fantastic this band really is... these folks have learned a great deal with time and line-up changes... A Listening Pleasure, Lived Here Before is Pure-Indie Pop at It's finest. Here We Find A beautiful Continuation and Refinement of all that Bliss From their Early Ep's and proper studio releases... Across Track Titles, Guitar interplay, and loads of nostalgia... Favorite track: Dear Madeline.

Working from a makeshift studio in the wilds of Snohomish, Washington, with fabled grunge producer Chris Hanzsek (Soundgarden, Green River), the band recorded eleven songs over four days in the company of Douglas firs and Swainson’s Thrushes.

Longtime fans will still recognise the band’s upbeat sound set against often bittersweet storytelling, but there’s also a darker, more world-weary undercurrent that feels earned with the passage of time, or perhaps as a reflection of the “times” themselves.

The lead track ‘Threadbare’ sets the tone with its Shins-esque beat and close-up intimacy, followed by a powerful push-me-pull-you between the verses and choruses, sweet and sad.

‘The Pull of the Tides’ evokes bands like The Ocean Blue and The Softies and sets up one of the album’s more subtle tracks, ‘Like Cinnamon,’ which flips the dynamic between music and lyrics with its brooding backdrop.

Side two’s opener, ‘Dear Madeline,’ is vintage Math and Physics Club with intertwining guitars and soft brushes beautifully set against one of the band’s more poignant vignettes.

The mood shifts to agitation with ‘Take a Number’ which paints a more insidious type of darkness, fueled by its dueling guitar riffs and percussive flourishes. The album’s title is also pulled from one of its lyrics.

The album closes in characteristic economy with ‘Drive to You’ which features an arrangement stripped down to simply two guitars and a lilting melody, accented with subtle organ. It’s a fitting end note that reaches back to the band’s earlier days and leaves us feeling a bit more sweet than bitter, which seems just about right.

Math and Physics Club currently hails from Seattle and Olympia and other parts of the Pacific Northwest. They appeared to burst onto the scene in 2005 with their debut EP Weekends Away that garnered international attention, but in reality the band had been taking shape in the hearts and basements of childhood friends Charles Bert (vocals) and James Werle (guitar) since the mid-1990s. Never in a hurry, it took nearly a decade before they found Ethan Jones (bass), Kevin Emerson (drums), and Saundrah Humphrey (violin) to complete the lineup, but it was worth the wait.

By 2007, parenthood left less time to devote to the band for several members. They still managed to release a third EP ‘Baby I’m Yours’ in the fall of 2007, but only played a few shows in 2008 and none in 2009. Saundrah left the band during this time and moved to Denmark, and later Kevin also officially left to focus on his writing career (though he has continued to record with the band).

In 2016 they released a retrospective (“In This Together”), a collection of the previous 10 years of EPs, b-sides rarities, all available on vinyl for the first time, and their first release with Fika Recordings.