by The Just Joans 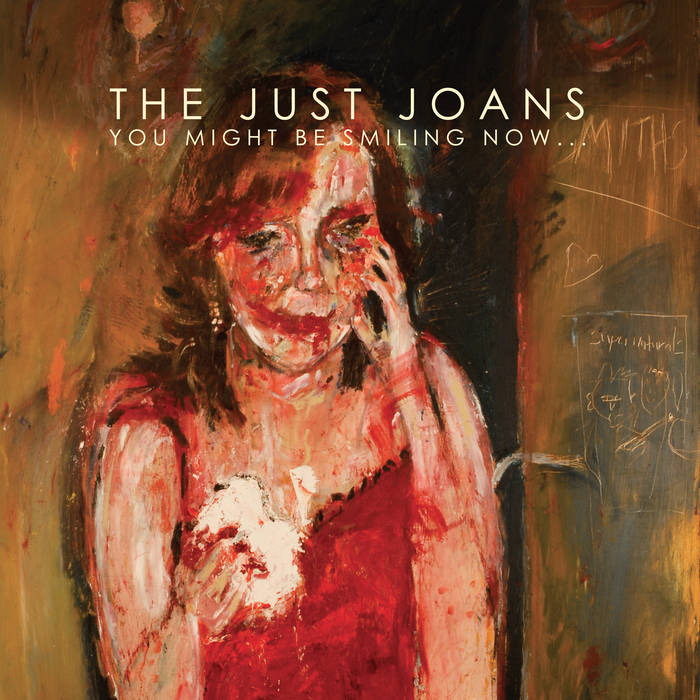 Formed in Glasgow in 2005, The Just Joans have evolved from a shambling two-piece to an accomplished sextet that embraces rivalry and relationship in the vocals of siblings, David and Katie Pope.

Once described as ‘the missing link between The Magnetic Fields and The Proclaimers’, the band have used self-awareness and self-deprecation to continuously explore themes of angst, heartbreak and detachment in their songs.

From their 2006 debut album Last Tango in Motherwell through a series of successful EPs, to 2012’s compilation Buckfast Bottles In The Rain, the acerbic wit in David Pope’s observational lyrics have helped make the band a firm favourite of the indie-pop scene. Their rise has seen them play a plethora of international festivals, such as Wales Goes Pop, Indiefjords, NYC Popfest, and of course the Indietracks festival, of which they have been long-standing cult favourites since their first appearance in 2008.
The band are excited to release You Might Be Smiling Now…, a self-recorded and produced collection of new songs. The release offers more of the same cynicism, but from an older if not necessarily wiser perspective as evidenced on lead single No Longer Young Enough and You Make Me Physically Sick (Let’s Start Having Children) is a jaundiced slice of toybox pop that crosses The Human League and Harold Steptoe.

Complementing this shift in tone comes a more polished electronic sound on tracks A Matter of Time and Someone Else That You Like More Than Me while O' Caledonia sails along at a blistering pace like no Just Joans lament before it.

Despite the band’s obvious maturity, You Might Be Smiling Now... still manages to maintain all the emotional charm and whimsical melodies that led The List to view The Just Joans as ‘a lovable blend of sleepy acoustic guitars, Brian Wilson-esque harmonies and West Coast sarcasm.’

“You Might Be Smiling Now... could be considered a loose concept album. The songs detail the confusion in my teenage years, the horror of my twenties and the terror of my encroaching middle age. It's somewhat self-indulgent, but I hope that these wee stories about small town boredom, drunken romance and misty-eyed nostalgia resonate with the other overgrown teenagers out there in their mid-thirties.”

“The music I like is Leonard Cohen so I wasn't sure what I'd make of their music. But I was happily surprised they weren't so gloomy as some of my correspondents and listening to them would cheer many of those who write to me.” Just Joan, The Daily Record