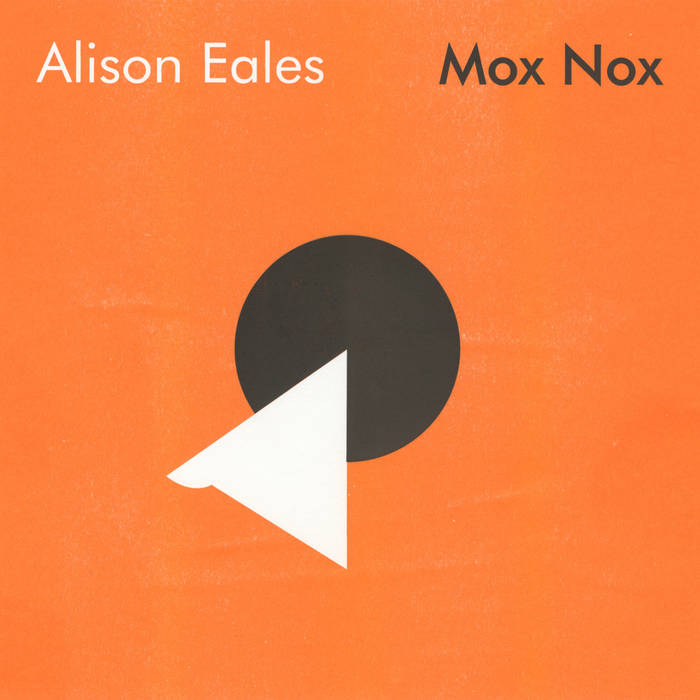 Alison Eales is a long-standing member of the band Butcher Boy, playing piano, accordion and other keyboards as well as arranging for choir and brass. The band have made three studio albums: Profit in Your Poetry (2007), React or Die (2009) and Helping Hands (2011). All of these albums have been well-received, with React or Die featuring in The Times’ top 100 pop albums of the 2000s. The band have also released two EPs. A compilation album, You Had A Kind Face, was released on Needle Mythology in 2022, along with three new songs, with tracks mastered by Miles Showell at Abbey Road. Butcher Boy have supported bands including Belle and Sebastian, Scritti Politti and The Wedding Present.

Taking inspiration from sundial mottos, Mox Nox is an album about the passing of time – most specifically, the transition from day to night. Its twelve songs explore experiences of all-nighters, anxiety, travel, frustration, and friendship. The album combines acoustic and electronic instrumentation with samples of environmental sound, resulting in an indie pop record that is by turns playful and melancholy and that is likely to appeal to fans of Saint Etienne, The Magnetic Fields, Charlotte Gainsbourg, Sterolab, Jake Thackray and Kirsty MacColl.

With support from Creative Scotland, the album was produced by Paul Savage at Chem 19 studios. Cover artwork was designed by Rhian Nicholas at The Passenger Press in Glasgow, using a mix of traditional printmaking techniques. The design represents a sundial and was inspired by the cover of the Bulletin of the Atomic Scientists, with its stylised Doomsday Clock.

Opening the album with shimmering wine glasses and dulcimer, Rapunzel is the oldest of the songs. It expresses the frustration of feeling isolated and not fully engaging with life. This theme is continued in the second track: Ever Forward is a lyric about being trapped in a dilapidated seaside town as the seasons change, delivered over a string quartet expertly arranged and recorded by Pete Harvey (Pumpkinfield).

Originally conceived as a song about falling in love for the first time, The Broken Song eventually transpired to be a song about the onset of anxiety. The approach to writing this song was unique on the album – it was left deliberately unfinished to create room for experimentation in the studio. Track four, Shadow Blister, is also unique, as the lyric was the result of a challenge to use as many sundial mottos in one song as possible. Negligence is possibly the most personal song on the album.

Closing Side A, the single Fifty-Five North has parallels with Ever Forward, but while both songs are about struggling with the change of the seasons, this song is rooted firmly in Glasgow and expresses how a place can be both transformative and overwhelming. The song features sounds sampled from the Glasgow Subway, with a rhythm track made from the sounds of the train doors closing, and a melody made from the ping of the turnstiles.

Side B opens with Through Hoops, a song about the tensions inherent in friendships between people who are almost too alike. Upbeat and energetic, the song features flute improvised by Diljeet Kaur Bhachu (Kapil Seshasayee). By contrast, Half-French Kiss is a tiny, atmospheric song built around a chromatic music box and bowed cymbal. A Natural History of California was inspired by a single line of cello played by Maya Burman-Roy (James Grant, Idlewild) and images of San Francisco by night.

Mox Nox, like Shadow Blister, is a lyric built around sundial mottos, including the title itself (‘Night, shortly’). Opening with glockenspiel played by Joanne Murtagh (Remember Remember) it builds one instrument at a time, featuring strings, flute, autoharp, dulcimer and kalimba.

A song about walking away from outgrown friendships, Goodbye features guitar played by Basil Pieroni (Butcher Boy), a musical callback to Rapunzel, and an improvised robot choir. The album closes with Come Home With Me, a lyrical counterpoint to Rapunzel with a manic musical setting.

This album was produced by Alison Eales, recorded and mixed by Paul Savage, and mastered by Reuben Taylor.

The strings on Ever Forward were arranged and recorded by Pete Harvey at Pumpkinfield and performed by the Pumpkinseeds: Simon Graham (violin), Emma Connell-Smith (viola), Harriet Davidson (cello) and Chris Sergeant (double bass). Strings on other tracks were performed by Maya Burman-Roy (cello) and Cat Robertson (violin). Guitar on The Broken Song, Shadow Blister, A Natural History of California and Goodbye was played by Basil Pieroni. Diljeet Kaur Bhachu played flute on Negligence, Through Hoops, and Mox Nox. Joanne Murtagh played glockenspiel on Rapunzel, Negligence, Fifty-Five North and Mox Nox.

The artwork was by Rhian Nicholas, the photography was by Euan Robertson and the layout was by Tom Ashton.