by Victoria and Jacob 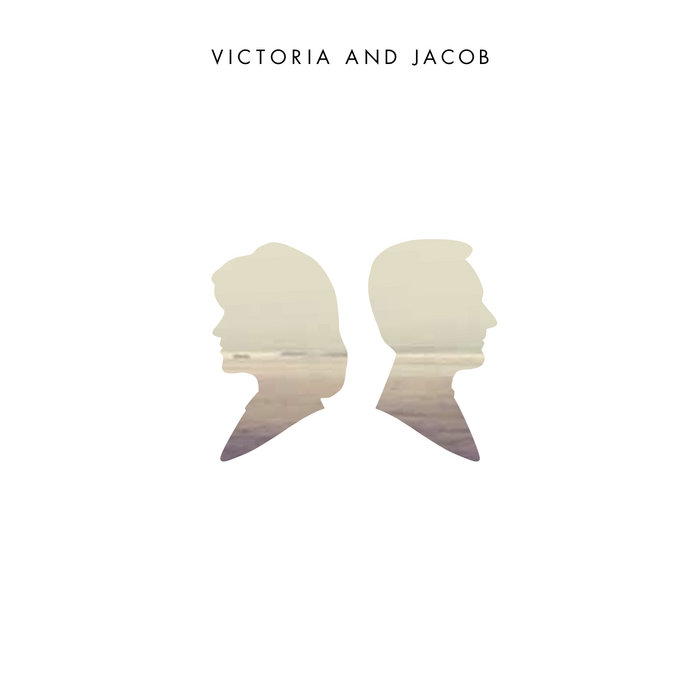 Knut -Thomas The perfect soundtrack for my trip to Berlin the first weekend of August.. Me and my bestfriend Kristian will spend time walking around in what used to be East Berlin.. first time i went to Berlin( 1989), I had Depeche Modes Black Celebration and Music for the Masses on my walkman.... Victoria and Jacob is a worthy successer! They sound like the way I hoped Lykkeli would sound like... Favorite track: Festival.

Victoria and Jacob are an epic and ethereal electronic pop band, owing as much to William Orbit (the All Saints years) and Kylie (the post Minogue years) as Everything But The Girl, Grimes and the xx - imagine Lykki Li singing Christine McVie songs on a hazy June afternoon, or a woozy Alison Goldfrapp DJing a Mediterranean dawn comedown.
Victoria and Jacobʼs debut, self-titled long player, released on heavyweight vinyl in a gorgeous die cut sleeve, will be the dream pop soundtrack to your summer; from the sheer joy and exuberance of the first single “Festival”, to the adoring melancholia of “Theia Mania” and the aching longing of “Desire”, all those feelings of first love are beautifully articulated in Victoriaʼs heartwarming vocals and Jacobʼs immaculate instrumentation.
Having formed in Cambridge, the duo have since moved to London and released their debut 7” on Voga Parochia Records (The label was also home to Landshapes who's debut album is due out on Bella Union this summer. You may know them as Lulu and the Lampshades - who are famous for their 'cups' video!). Festival garnered coverage in the NME, Line of Best Fit, Artrocker and Time Out among others and radio play from the likes of Steve Lamacq, Jon Hillcock and Tom Robinson.
Victoria and Jacob spent the summer of 2012 recording the album at Octopus Studios in Hackney with production duties handled by Oliver Price (Landshapes, Emmy the Great, Lucy Rose). In addition to the synths, guests include Oliver Price on acoustic guitar and vocal parts as well as Valérie Balligand on cello for “Cry Baby”.
Victoria and Jacob are inspired by everything from Rosso Fiorentino's 'Musician Angel', to the DrumʼnʼBass of Hospital Records, and the albums of Dory Previn.

“What is perhaps most remarkable for a debut album is its confidence, with a consistency throughout and the sense of a band that is influenced by the likes of Fleeetwood Mac, Everything But the Girl and Saint Etienne but prepared to wrap them up with their own distinct voice. One of the best debut albums of the year.” Neon Filler [8/10] www.neonfiller.com/wordpress/?p=9064

“‘Emily’s Song’ is a lost summer’s morning spent skipping stones as delightful vocal layers, both languorous and yearning, float down a stream of burbling, sighing synth flutes and a blooping, dead dial tone sample. ‘Cry Baby’ also gets a big tick with its stabbing and twinkling ministrations rubbing up against ornamental strings and shuffling rhythms. ‘Festival’ similarly takes the blissful, candy floss electronica and welds it to a shabby, 8-bit beat to prop up a tightly written pop song, Fleetwood Mac via Saint Etienne.” Drowned In Sound [7/10]
drownedinsound.com/releases/17791/reviews/4146727

"Jacob Mayfield and Victoria Harrison have made an album of big pop on a small label, which might gain wide appeal when people hear the likes of the blissful ‘Festival’ and the sparkly synths and dance-pop beats of ‘Cry Baby’. At those times you’re thinking Fleetwood Mac meets All Saints produced by Max Martin. However, there’s something darker at work too; ‘Theia Mania’ is introspective and ethereal and ‘Believe the Boy’ is glitchy and Grimes-like while the plaintive and dark ‘Desire’ reminds you of Beach House, where the electronic rhythms are iced with vocals not too far from Victoria Legrand’s haunted tones." SoundsXP
soundsxp.com/artman2/publish/albums/Victoria_and_Jacob_Victoria_and_Jacob.shtml