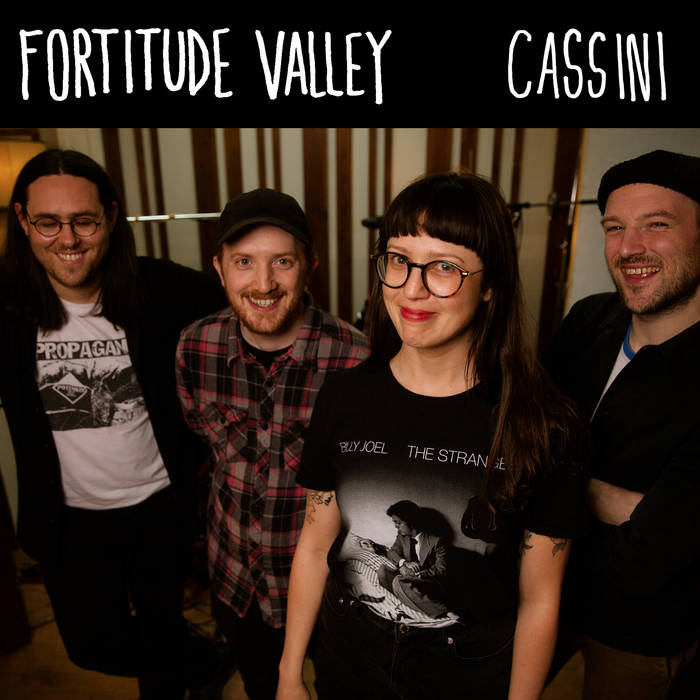 Taken from the forthcoming self-titled debut album due in September - pre-orders available shortly....

Cassini is a scorching 2 and a half minutes of slacker-rock and power-pop, recalling the eponymous satellite’s lonely final days and fiery self-sacrifice. Laura Kovic elaborates:


“In September 2017, National Geographic published the article ‘How NASA's Cassini Spacecraft Met Its Fiery End’ [1].
I thought it was so heart-breaking that this spacecraft that NASA had been following for almost 20 years had to be destroyed.
In the song, I’ve anthropomorphised the spacecraft and personalised the story a bit, so it’s just between me and Cassini. Cassini is venturing out on a long, lonely journey that will inevitably end in its destruction just so I can see what it’s ‘like out there’. And even though I know how it’s going to end, it doesn’t make it any easier to say goodbye.”


Fortitude Valley is the new outlet for the songwriting talents of Durham based Brisbanite Laura Kovic.

Having spent the majority of her musical career playing keyboards in other people’s bands, bringing their songs to life with a melodic flourish, it was about time for Laura K to find an outlet for her songs: awkward power-pop that’s bound to appeal to fans of The Beths, Weezer or The Weakerthans.

She’s assembled quite the band too: Martha’s Daniel Ellis on lead guitar and Nathan Stephens Griffin on drums, and Night Flowers’ Greg Ullyart on bass.

Fortitude Valley is the heart of Brisbane’s music scene and it's also where Laura first started playing in bands before moving to the UK in 2010. It was a place that objectively felt mythical, a suburb with a special meaning, looking back from the other side of the world and many years later.

Fortitude Valley release their debut full length album at the end of the summer 2021.

“the sound is one of deliciously driving indie-pop” For The Rabbits
“an amplified pop tune with a highly catchy melody, sweet vocals, and glowing guitars, reminding me of Dinosaur Jr.‘s slacker electricity” Turn up the Volume

NASA’s Cassini–Huygens was launched October 15, 1997. It took 7 years to get to Saturn, which it began orbiting in 2004, and where it remained until its end in 2017 [2]. Staying in orbit meant that it risked one day colliding one of Saturn’s moons, namely Titan and Enceladus (which researchers believe have the potential to harbour life), and contaminating them with Earth microbes.  Cassini Project Scientist, Linder Spilker, described the end of Cassini’s mission as “like losing a friend”.

Countdown
Until we let go
You had it coming
You’re going solo
An expedition of the lonely; engines ignite
You’re on a mission, baby, better play your cards right

Silence
Another broken heart
Did you feel anything
When it tore you apart?
Even though we knew that someday you would disappear
It didn’t make it any easier